During the 1700s and 1800s Britain’s navy was the largest in the world. The Royal Navy’s increasing demand for manpower led it to draw its personnel from across the globe as well as the British Isles. Black men (free and enslaved) from the Americas, the Caribbean, Africa and Britain served on Royal Navy vessels in a number of capacities from ship’s cook to, in one known case, ship’s captain (Captain John Perkins).

Enslaved labour was sometimes used on naval vessels particularly in North America and the Bahamas. Men running away from slavery sometimes gained their freedom by joining the Royal Navy. Black men with previous merchant sailing experience were often pressed (captured and forced against their will) into the Navy. More still entered the service as volunteers. 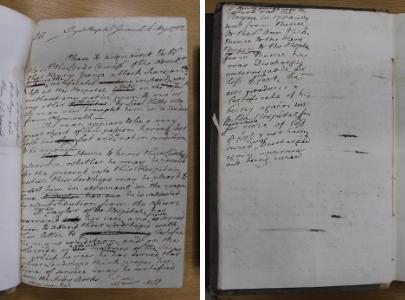 Born in Kingston, Jamaica between 1783 and 1785. Pressed into the Royal Navy in 1803. Served on several ships including HMS Conqueror at the Battle of Trafalgar. Admitted as a patient to Greenwich Hospital in 1824. 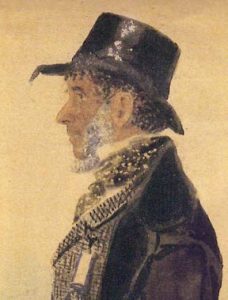 The family of John Simmonds