John Flamsteed, the son of a Derby brewer, was born 375 years ago on 19 August 1646. In 1675 King Charles II appointed him as his “Astronomical Observator”, the first to occupy that position, with the title later changed to “Astronomer Royal”.  His task was to map the positions of the fixed stars “so as to find out the so much desired longitude of places”.

Installed in the newly built Royal Observatory at Greenwich, Flamsteed set to work painstakingly producing a catalogue of nearly 3000 stars, to an accuracy never previously attempted. Flamsteed’s quest for perfection meant that the work proceeded extremely slowly, much to the frustration of fellow “natural philosophers” Isaac Newton and Edmund Halley, who were desperate to get their hands on his results. (So desperate that they raided the observatory and published a pirated copy in 1712, causing a bitter and lasting rift.) 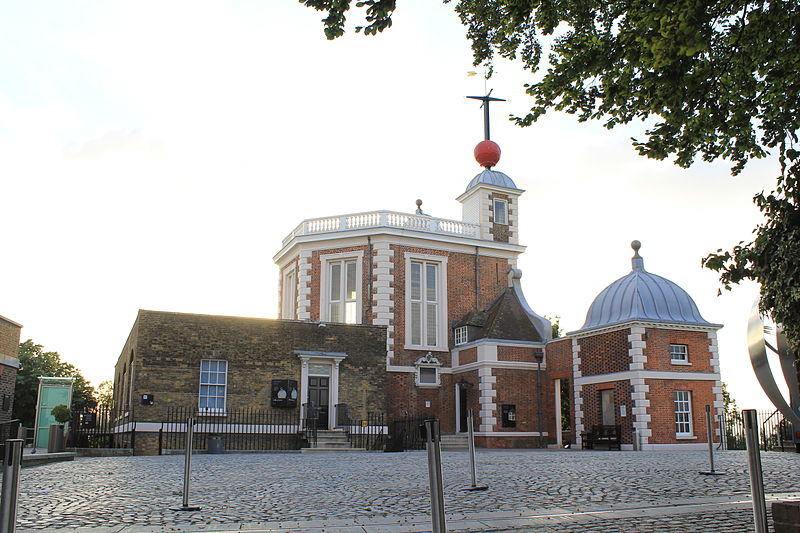 Flamsteed House at the Royal Observatory

Meanwhile decades passed.  Kings came and went.  In June 1696, Flamsteed was present at the laying of the foundation stone of the Royal Hospital down the hill, which took place, according to John Evelyn, “precisely at 5 o’clock in the evening, after we had din’d together, Mr Flamstead, the King’s astronomical Professor, observing the punctual time by instruments.”  Was late afternoon chosen so that Mr Flamsteed would be up and about after his previous night’s work?

The years continued to roll by. In 1707 up-and-coming artist James Thornhill was commissioned to transform the “Great Hall” of Greenwich Hospital into the “Painted Hall”, an undertaking nearly as protracted as Flamsteed’s star catalogue. The two men must have been acquaintances, if not friends, and Thornhill paid a lasting tribute to “the celebrated English astronomer the Reverend Mr Flamsteed”, by featuring him in a prime position on the Lower Hall ceiling holding “the construction of the great Eclipse which happened April 22nd 1715.” Thornhill’s Explanation of the Painting continues  “Close by him is his ingenious disciple Mr Thomas Weston. He is assisting Mr Flamsteed in making Observations, with a large Quadrant.” The said quadrant was made by Abraham Sharp, another of Flamsteed’s ingenious disciples. In 2017, with the benefit of a close up view from the scaffolding erected for the Conservation project, the faint words Sharp fecit were spotted on one of the arms of the quadrant. 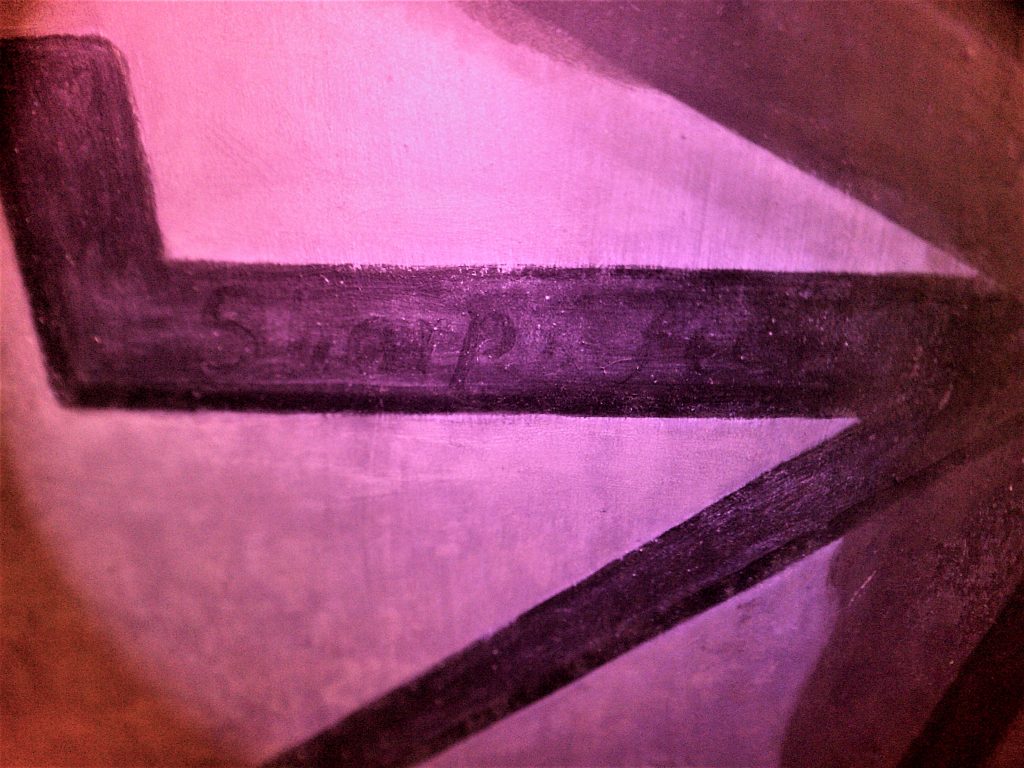 “Sharp fecit” inscribed on the quadrant

Not surprisingly Flamsteed the perfectionist died (in 1719) before completing his star catalogue. Thomas Weston and Abraham Sharp assisted widow Margaret in preparing data and maps for the posthumous publication of Historia Coelestis Britannica and James Thornhill was commissioned to illustrate it. His representations of the constellations were not universally admired, and the atlas itself was criticized for being too expensive and too big to handle. Nevertheless Flamsteed’s catalogue became the standard reference work, superseding that of Tycho Brahe, which had held sway for the previous 100 years. Flamsteed was a great admirer of Tycho’s meticulous work and must have been very pleased with Thornhill’s placing the two of them in opposite corners at the eastern end of the Lower Hall ceiling. Perhaps he even suggested it.