On 1 February 1873 the Royal Naval College, Greenwich, opened its doors to its first students. They were to study in the buildings formerly occupied by the Royal Hospital for Seamen, which had seen its last Greenwich Pensioners leave four years earlier in 1869.

Establishing the Royal Naval College in the grand and stately buildings created by Wren and Hawksmoor at Greenwich had been a controversial decision. The old buildings would have to be adapted for new purposes, and the site would be much more expensive to run than the existing naval college at Portsmouth. What seems to have tipped the balance was that Greenwich was the parliamentary constituency of Prime Minister William Gladstone. In a speech to his discontented constituents at a large open-air meeting on Blackheath in October 1871, Gladstone suggested that a decision had been taken to bring the Royal Naval College to Greenwich. His Cabinet passed the decision in January 1872. 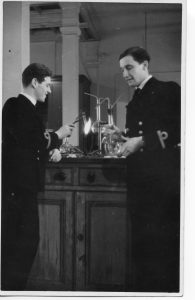 The Royal Naval College was intended to provide education for all officer ranks above that of Midshipman. The first courses of instruction to be given at the new College in February 1873 were for Gunnery Lieutenants and Sub-Lieutenants, who were responsible for the maintenance and operation of a warship’s guns and for the safe storage its ammunition. Higher level courses were to begin on 1 October.

The first students to arrive at the College in February 1873 found the place still in the process of being converted for its new role. Their mathematics lecturer, John Knox Laughton, who arrived with them from the college at Portsmouth, was not pleased: ‘the alterations to the buildings were very far from complete; workmen infected most of the rooms and passages’. He complained of ‘bricks and mortar, shavings and sawdust, whitewash and paint pots’. 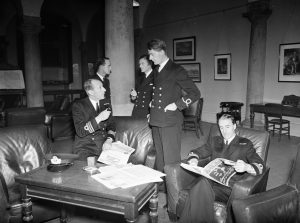 Despite its problematic beginnings, the Royal Naval College was to remain at Greenwich for 125 years. Its activities over that time were many and varied. It provided technical training for naval architects responsible for designing and building warships. In 1912 the Royal Navy Medical School opened on the site and in 1916 a successful new vaccine against typhoid was developed there. During the Second World War more than 27,000 civilian recruits received their first naval training at the College. In 1959 it became the centre of the Navy’s nuclear training programme and from 1962 housed JASON, a small nuclear reactor. 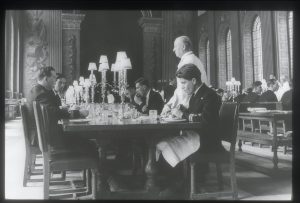 The Royal Naval College finally left Greenwich in October 1998, its departure marked with a formal Trafalgar Night dinner in the Painted Hall attended by the Duke of Edinburgh, after which the White Ensign, the flag of the Royal Navy, was lowered for the last time.