In the 1700s and early 1800s Greenwich was home to some very wealthy merchants and investors in the slave trade.

These included Ambrose Crowley who supplied plantations and slave ships with iron shackles and yokes made at his Greenwich wharf. Thomas King of Dartmouth Grove was a partner in London’s largest slave trading business. John Julius Angerstein of Mycenae House had shares in an estate in Grenada.

Enslaved young people were found as household servants in the grand houses of South East London. Writer, composer and shopkeeper Ignatius Sancho, the first person of African descent to vote in a British general election, spent part of his childhood as a servant to three Greenwich sisters.

Some of those enslaved young residents and visitors would be among the first Black writers published in English and added a distinctive note to the clamour against the slave trade. 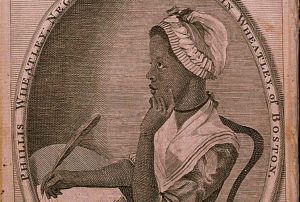 A number of Black writers and abolitionists were linked to Greenwich.

Gambia-born Phillis Wheatley was taken to North America as a child and enslaved in Boston. Her book Poems on Various Subjects Religious and Moral was published in London in 1773. She was the first Black woman to be published in English. She met with British abolitionists and in a letter (below) to a friend on 18 October 1773 she mentioned a tour of Greenwich: 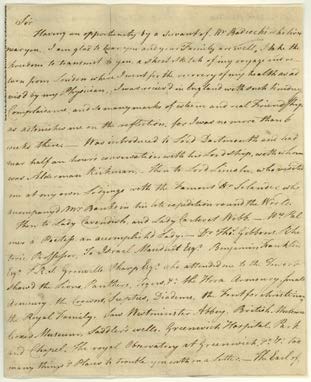 ‘…Greenwich Hospital, Park and Chapel, The royal Observatory at Greenwich … too many things & Places to trouble you with in a Letter’.