Following the government’s announcement of the new lockdown, the Old Royal Naval College will be closing temporarily from Thursday 5th November. We will reopen our doors on Thursday 3rd December, subject to government guidance. Find Out More

Introducing The Lives of Pensioners Project

This blog was written by W M Anderson — An Old Royal Naval College Volunteer in the Lives of Pensioners Research Project.

Winston Churchill, 1943, while discussing how best to rebuild the bomb-damaged Commons Chamber.

Christopher Wren’s distinctive buildings at the Old Royal Naval College — their unique symmetry, grandeur and the era of which they speak — affect all who visit. Equally captivating is Thornhill’s Painted Hall. The West Wall literally features a cornucopia. Indeed, the whole thing is an exquisite storybook of characters from history and myth. 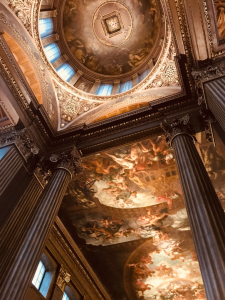 Looking upwards from the vestibule in the Painted Hall.

But these buildings were created not just to inspire awe and celebrate the glories of Britain. Their practical purpose was to house and benefit aged and disabled seamen, plus the widows and children of those slain or disabled at sea.

The symmetry of Christopher Wren’s architecture

As the Royal Hospital for Seamen at Greenwich, these spectacular buildings accommodated thousands of pensioned sailors and those charged with their care. Some were celebrated, some scoundrels, many quite unremarkable — but life is a narrative. Everyone, no matter how seemingly ordinary, has a story.

What is the Lives of Pensioners Project?

With this in mind, ORNC Archive and Collections Manager, Natalie Conboy, gathered together some enthusiastic volunteers and launched the Lives of Pensioners Research Project. The aim: to sail beyond knowledge of the architecture, royalty and artists, into the largely uncharted realm of the many and varied everyday tales of the people for whom the buildings were erected; to meet the people who inhabited the Royal Hospital for Seamen at Greenwich and, by using their wills as a starting point, discover what they valued, how they spent their days, and their connections both within the Hospital and in the world beyond.

By first transcribing the wills of some 250 people who lived and worked here in the 18th and 19th centuries — amongst them sailors, nurses, doctors and administrators — then setting forth on a voyage of discovery through seas of archived documents, the research team began to explore the details, names and questions raised by those wills —to investigate how Christopher Wren’s buildings shaped the lives of the people within them.

Just reading the handwriting, dealing with variant spellings and navigating the lack of punctuation in historical wills can pose problems for researchers. So, we met regularly to compare notes, check each other’s transcriptions and compile lists of names, places, words and dates that needed further investigation. Transcribing grew faster and more accurate as we became adept at decoding various forms of handwriting, developed familiarity with expressions commonly used in the documents, and identified the names of regular administrators and witnesses. 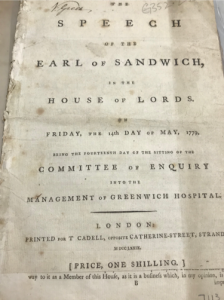 Greenwich Heritage Centre. Ref: Box 3, 361 PAM, G352.292
One of the many documents accessed during research

Where did the wills lead?

By providing signpost information about an approximate death date, the name of a spouse/relatives/heirs, home county or residence, ship served upon, and/or occupation, a will can start researchers on their journey through genealogical data, naval records, court and parish documents, rate books, letters, diaries, newspapers and journals of the time.

In addition to on-line investigation, we explored the treasures held by the National Archives at Kew, Caird Library of the National Maritime Museum, Wellcome Library, and Greenwich Heritage Centre. We even visited cemeteries and Chatham Historic Dockyard.

What did the wills reveal?

Rather than providing answers and exposing startling facts, most of the wills are springboards to further research into the questions they raise and the often quirky details they contain.

Some of them provoke curiosity because of the specificity of the requests made: 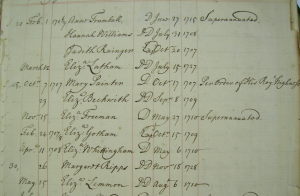 Other wills suggest things about the personalities and values of people with recognised roles in the history of the Royal Hospital: 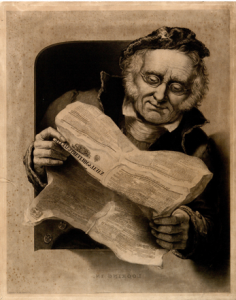 Information gathered during the Lives of Pensioners Project is being further investigated and collated into a series of articles and presentations designed to stir up the ghosts of the past and to tell their stories. We look forward to sharing those findings and tales with you.